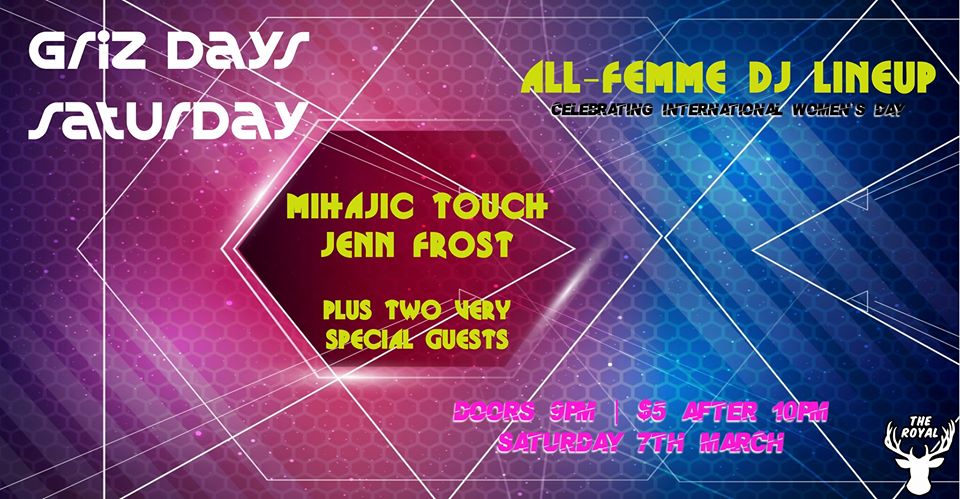 This year the Fernie Griz Days Weekend and International Women's Day are on the same weekend - rather than forget about it amongst all the hype of Griz Days, The Royal figured they'd put a bunch of chicas on CENTRE STAGE for a whole night of awesome female DJs! Because let's face it... women are awesome and we wouldn't be here without them!

MIHAJIC TOUCH (Golden)
JENN FROST (Fernie's very own Queen of Dance Music)
plus 2 very special newcomers! (you'll just have to come and see who they are!)

Things usually kick off pretty early on Griz Days Weekend, so don't be late and risk getting stuck in the lineup!