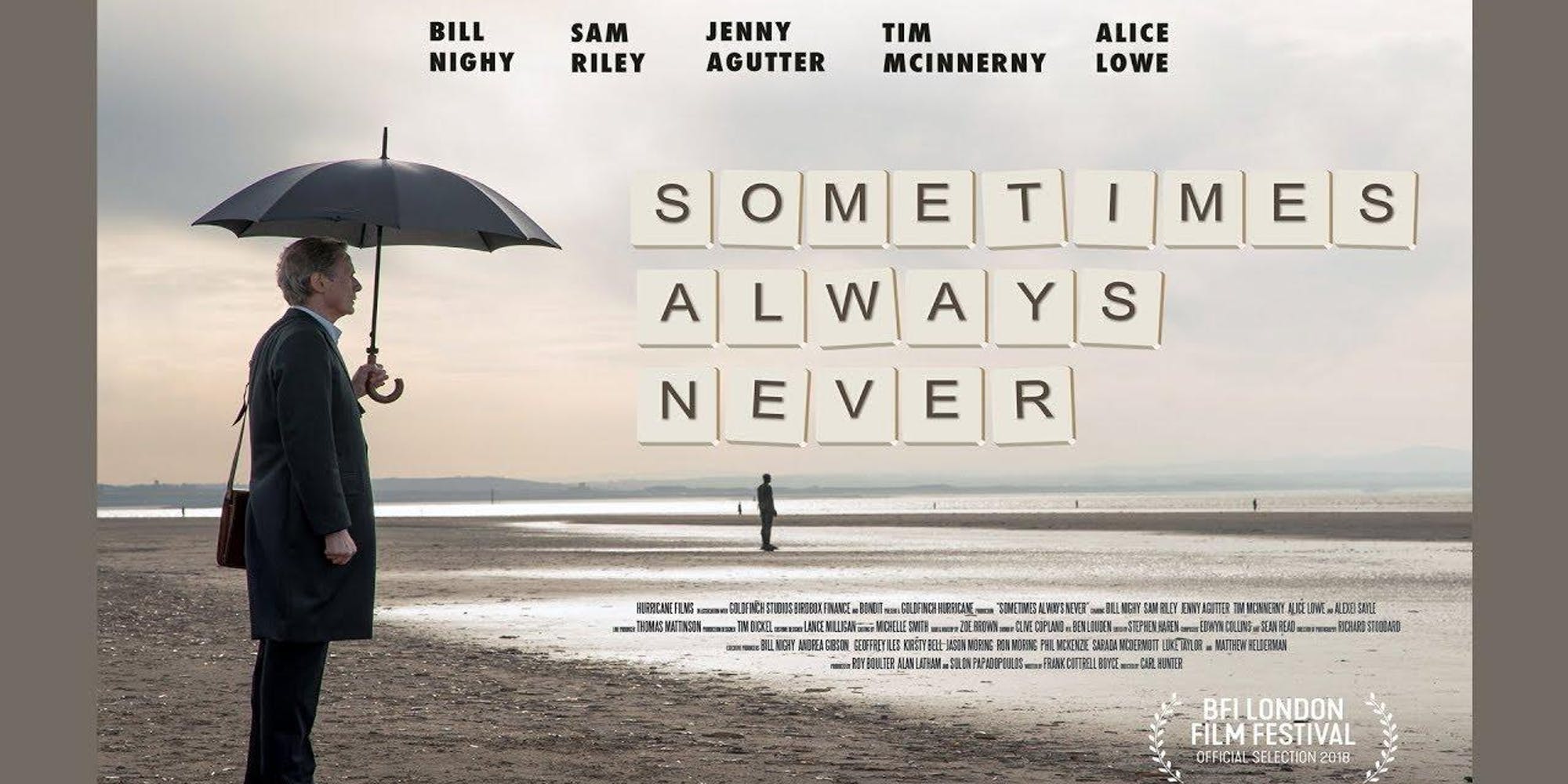 Sometimes Always Never, Bill Nighy (The Best Exotic Marigold Hotel) shines as Alan, an eccentric, retired tailor with a uniquely keen talent for Scrabble – and for hustling strangers in games. However, the pleasure he takes in Scrabble is tainted by the memory of his long lost, favoured son, who stormed out while playing one night and was never seen again. Alan has made it his life’s work to locate his missing son. His efforts haven’t yielded much, except to effectively estrange him from his other son, Peter. After moving in with Peter, Alan comes across an online Scrabble player who plays in a fashion eerily similar to that of his missing son. As the mystery of the online player’s identity deepens, Alan and Peter’s strained relationship teeters on the brink of calamity.