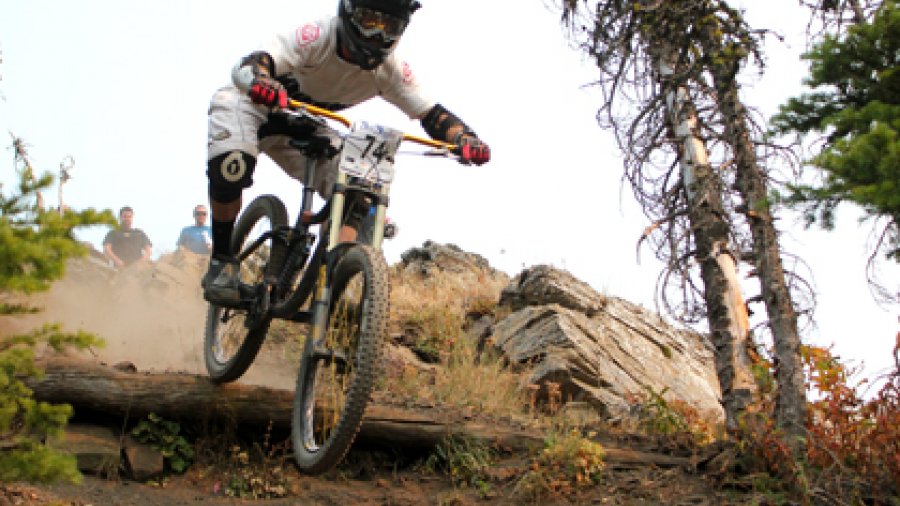 I’m not sure if it’s a British trait or not, but it seems that writing a sporting and seasonally appropriate column tends to lead to me opening with a weather related comment. Or perhaps it’s because we live in Fernie, where the somewhat dramatic change of season clearly decides your outdoor pursuits.

However, the month of November is a sort of hybrid season, where you never quite know what you’re going to get. You could still be biking leaf-covered trails, or touring in knee-deep pow. Regardless of what November 2012 brings, there is a collection of individuals in Fernie who are pivotal in both establishing and maintaining the trail system that makes Fernie the trail haven we live to love.

But with a number of trail management related clubs, it’s not easy to know who is accountable for achievements and progressive developments – trail maintenance, new signage, mapping, securing funding, setting up agreements for private and crown land use and hut work parties to name just a few. And as one of the main instigators says, “I hate to blow our own horn, but I guess for the longest time people did not realize what we had accomplished with the trail systems as a club.”

The Fernie Trails & Ski Touring Club (FT&STC) is described by Pat Gilmer as “a four-season, non-motorized outdoor recreational club that manages Thunder Meadows and Tunnel Creek Huts and maintains hiking and mountain biking trails.” Starting in 1983 as the Fernie Mountain Club, the FT&STC has developed with the times, progressing through ski touring, then hiking and onto mountain biking.

In 2008, with the trail system growing at a fast pace and more races coming to town, the FT&STC, along with the Fernie Mountain Bike Club, initiated the formation of the Fernie Trails Alliance (FTA) “as Government and private landowners prefer to deal with one group that represents our non-motorized activities. We are pushing hard to have more organizations and individuals get involved and use their expertise to establish the strongest trails club in BC, whilst securing continuous yearly funding to maintain the trail systems.”

How are our trails maintained? All trail-work parties fall under the FTA banner, and in true Fernie style, most work is self-funded – from bush whacking to steel and cedar bridge constructions. “Many beers are owed to George King and Doug Koran,” assures Pat. Johnny Shaw led FTA Wednesday night work parties this summer, with the fall being instrumental in hut work parties both at Tunnel Creek and Thunder Meadows, led by Ian Stokie and Dave McBeath. Pat also would like to give special thanks to, “Tembec and other land owners. Without their support we would not have our world class hiking and biking recreational asset. Teck Coal, who is largely funding our trail signage and rebuilding projects, and the City Of Fernie, who recognizes the value of the trail system and is supporting the FTA, along with co-operation from the RDEK and Columbia Basin Trust. BC Parks has been a strong partner and Ministry of Environment is actively pursuing a solid trail agreement on Crown lands with the FTA.”

In a nutshell, we enjoy Fernei’s trails because of dedication, hard work, and hour upon hour of trail maintenance. To get an idea of Fernie’s trail system and subsequent maintenance needs, purchase a Fernie Trail Poster Map. With the full $25 going to FTA for trail projects, you’ll make a small donation and see the full extent of what’s been accomplished.

To assure you it’s not all work and no play, Pat can confirm that during the winter he will “shred powder and down pints.” Amen to that.

On September 22, the 7th Annual Dirt Diggler took place. As seven-time organizer Derek Bird says, “We had perfect weather, 43 racers, a 6.5 km long and 3500' vert of steep fast surf to the coal chute aptly named 'the black lung' to the flowy fast section at the bottom.”

“Big thanks to sponsors, Search and Rescue, spectators and Marshalls on the course,” says Derek. With $4,500 worth of prizes, a great after party at El Guapo, plus a strong contingent coming from as far as Whistler, you can see why Derek calls it his “favourite day of the year, even before my birthday.” Full results at www.bikefernie.ca.