Fernie at the Olympics 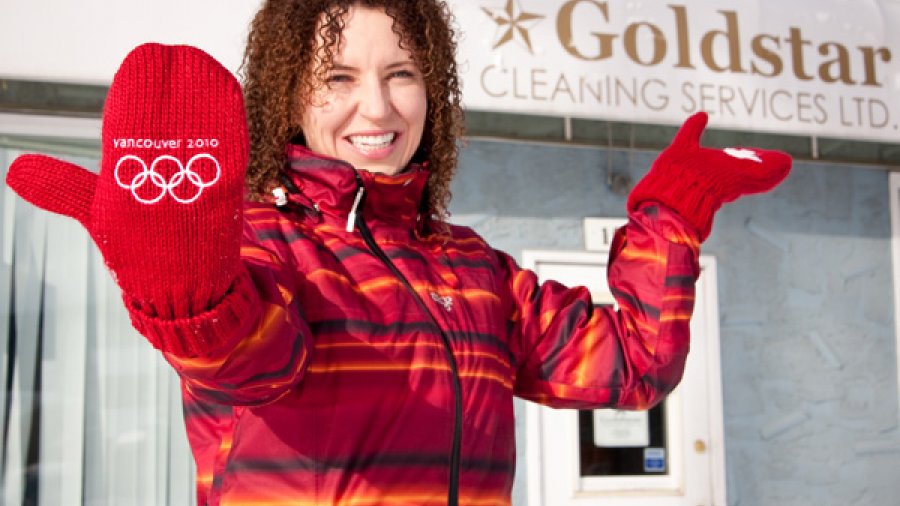 With the 2010 Winter Olympics about to start in Vancouver Fernie will be temporarily losing some of its residents as they head to the coast to become a part of history.

Catching the limelight will be our very own Olympian – Emily Brydon – going for gold in the women’s Super Combined, Downhill and Super-G. Joining Emily behind the scenes will be a host of Fernie residents, all Olympians in their own field of work, having been hand picked from thousands of applicants or invited to work for their professional expertise.

Jill Barclay – Goldstar Cleaning Services
Jill has been in Vancouver since November 30, 2009 and is the ‘Housekeeping Coordinator’ for the athlete’s village in Vancouver.

When you talk to Jill two things are clear. She loves her job and she is very excited about the Olympics!

"The Vancouver Olympic and Paralympic Village is going to be home to 2800 residents including athletes and team officials from over 80 countries during the Olympic games and 350 residents from over 40 countries during the Paralympic Games. We are hosting athletes involved in most sports; hockey, speed skating, snowboarding, freestyle, figure skating, curling, everyone except the alpine events, who will be living at the Whistler Village. On peak days we will have 130 housekeepers in action."

Talking to Jill makes the Olympics come alive and hearing her talk about a catering tent that can seat 900 athletes and 300 staff in one sitting puts the scale into perspective.

The village in False Creek has been set up like a town itself, to make the athletes feel at home, with hairdressers, banks, a McDonalds, a medical centre that can perform open-heart surgery, multi faith centre, coffee shops, retail stores, and a communal hall in the centerpiece of the village – a historic salt building.

“When the athletes, workforce, guests and 1500 volunteers arrive it will be three times the size of Fernie!” In the centre of downtown Vancouver. Incredible.

One of Jill’s favourite things about working the Olympics is that she gets to work with and meet people from all over the world and whilst she might not get to see many events she will be going to the rehearsal of the opening ceremony.

Paula Kent – The Healing Collective
It’s been Paula’s dream to go to the Olympics as long as she can remember. As soon as Vancouver was announced as the 2010 winter venue Paula made a promise to herself that she’d be there and put in a call to a friend to reserve a spot on their couch in Whistler.

“Applications for the Olympic volunteers opened on February 10, 2008 and following a phone interview and face-to-face interview in Vancouver I finally found out last July that I’d got a place.”

“It’s the first time that massage therapists will be part of the Olympic medical team and so we are making history in our own field.”

Work starts for Paula on the fourth of February through to the first of March and consists of fourteen 8-hour shifts.

“I won’t know who I will be working on, but it will only be accessible to athletes, so I’ve been brushing up on my alpine Olympic competitors!”

Paula is most excited about meeting people from around the world and being in that atmosphere of sporting excellence. “It’s all about the people, that’s what my work with the TransRockies race showed me, and to be part of that is going to be awesome!”

Kirk Gutzman – Fernie Avalanche Dog Rescue Teams
Avalanche dog handler Kirk Gutzman and Lily have been invited to attend the Olympics as part of the search and rescue division of Security at the Olympics.

“The call came through CARDA (Canadian Avalanche Rescue Dog Association) and they asked if we could help incase people got into trouble. There will be dog teams there throughout the Olympics and I go out on the seventh of February.”

This is Kirk’s first Olympics and he’s super stoked. Lily is taking it in her stride, but was pretty excited when they did their helicopter training out in Whistler last year.

“We’re going to be there prior to the start and for the opening ceremony, so I’m looking forward to seeing the excitement build.”

Kirk and Lily are one of three local volunteer dog teams heading out to the Olympics, with Jennifer Countler and Farley and Steve Morrison and Mojo also heading to the coast.

Roberta Milne – Cat Driver
Roberta was invited to work as a cat driver at the Olympics last year.

“I’ve been working on the Lake Louise World Cup race course for the last three years and while I was there last year they asked me to come out to Whistler.”

Roberta has been driving cats at RCR Fernie for the last eight years and is one of a few drivers who is experienced at driving winch.

“We’ve got a different cat to drive at the Olympics, a ‘Pisten Bully’ like the ones they have at Island Lake, so I got to train on it in Lake Louise last year and we also had a week in Whistler to meet the team and look at the venue.”

There will be around 90 cat drivers at the Olympics to cover course building and enough cats to be in operation 24/7 if needed.

“I can’t really imagine what it’s going to be like. I think it’ll be pretty exciting! The Lake Louise World Cup is pretty small, with six cat drivers, but the Olympics is going to be so big, with everyone there at once.”

Roberta will be heading out to Whistler at the beginning of February for a month.