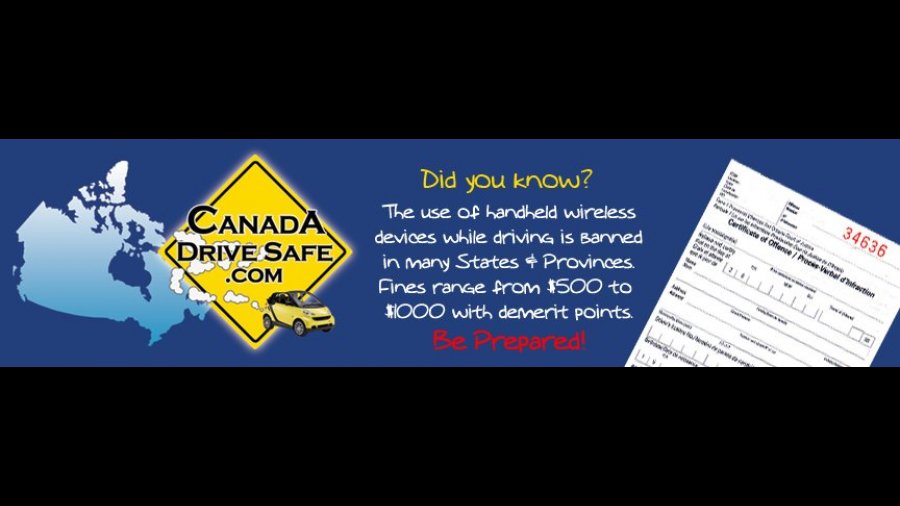 As of January 1 it is no longer legal in BC to use a hand held cell phone or text while driving. While I concede that driving without due care and attention should be against the law, I'm sure that I'm not alone in wondering what options are available for using hands free technology to keep connected.

I'm sure you've all seen that guy with the ear bling walking talking to himself, but did you know he was likely talking on the phone? Almost all modern cell phones support bluetooth as a wireless connection technology. In this column I'm going to try and answer the question: What the heck is Bluetooth anyway?

Way back in the Cretaceous period of cell phone technology days, there were people that wanted to talk to their cellphone with their computers or other cellphones. In those days, every cellphone manufacturer had its own proprietary system for communicating. This was not very convenient as you might imagine. A bunch of those companies got some smart people on the problem and they came up with Bluetooth.

The word Bluetooth is an Anglicised version of Danish Blåtand, the epithet of the tenth-century King Harald I of Denmark and parts of Norway who united dissonant Danish tribes into a single kingdom.

It's an odd name, but it is strangely appropriate.

Your cellphone, when enabled, will constantly search for other Bluetooth enabled devices and try to connect with them. You could think of Bluetooth like this, as being the same as wireless internet, but it would be more accurate to think of it as a wireless printer cable. When connected the two devices actually know something about the other device and how to talk to it. Internet in that regard is device agnostic. It only cares about internet packets not about what kind of device is sending/receiving them.

Continuing on with the printer cable analogy Bluetooth also works well for streaming information from one device to the other. This ability to easily connect and stream with low power requirements and relatively low likelihood of impacting on other computer networks makes Bluetooth a natural for telephone.

If you're going to be using it primarily while driving then you don't have to wear ear bling. There are a number of visor options. They clip onto the visor and allow you to answer calls and speak with a single button push. Some have auto-answer. Which is a pun I just love. Some have one button calling too. Where you have just a couple frequently called numbers that you can call.

CanadaDriveSafe.ca has a number of options. Some clip on the rear view mirror. Some broadcast over your car's speakers. Definitely take a look at this site for ideas. They even have a solar powered one that charges while sitting in the sun.

There are enough different kinds of car hook ups that it's definitely worth thinking about how you'll use it before buying. Price ranges for these options are between $50 and $100 not including any labour if you pick a wired into your stereo solution.

What about ear bling? Well, the advantage of the in ear style means that you don't have to fuss with shifting your phone calls from phone to device when leaving the car. And they work while skiing, jogging, etc.

There are two main considerations when buying a hands free headset. Does it work with your cellphone and is it comfortable. Some people can't stand having anything stuck in their ear. Others hate the wrap around ear hugger – try both and pick the one you like. Don't just try it on. Wear it in the store for a while and see if it stays comfortable.

Headsets run about $70 to $120 and you generally get what you pay for. I like the Plantronic's stuff, but Aliph, BlueAnt and Motorola all make very good models as well.