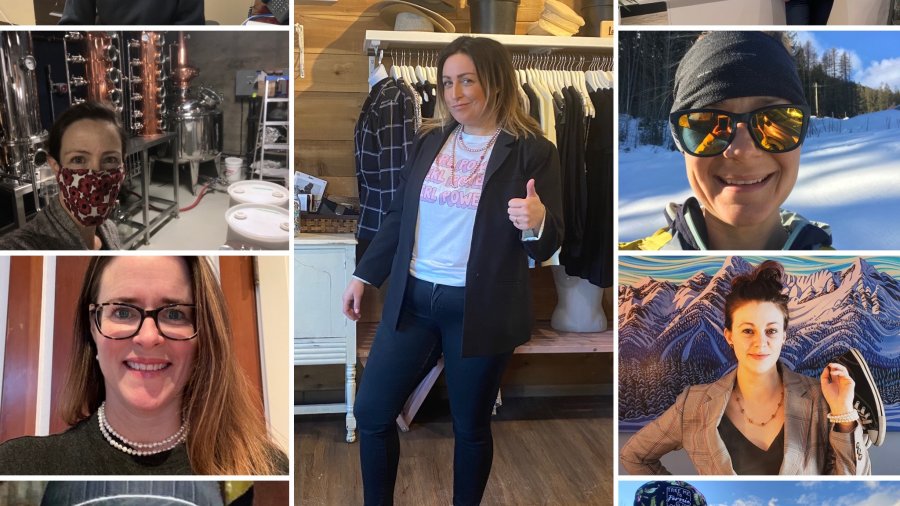 For the first time in history, we have a woman in the White House. After Hillary’s run, and after the Trump administration, quite frankly I was a bit numb to the event. I had almost nothing left to feel about the political events in the US, and then the morning of the inauguration came and every platform I subscribe to was flooded with images of Kamala Harris. Classy, confident and cool. Miraculously, I started to feel again.

I reached out to as many women as I could that morning asking them to send me a photo of themselves with Kamala’s signature pearl necklace shot, I wanted to celebrate Fernie’s leadership.

Within about ten minutes I realized I would never get to them all, so many women in Fernie are community builders, lady bosses, creatives, and women who just get it done. The truth is -in Fernie- there are not any glass ceilings to shatter.


For me, it’s the charm of a ski town. Mountain culture and fierce women, it’s what I love the most, and also why I have a hard time jumping up and down about a female in the White House. Women in leadership is a normal part of our community, not a one off.

India elected Indira Ghandi in 1966, the United Kingdom elected Margaret Thatcher in 1979. Pakistan elected Benazir Bhutto in 1988, Ireland elected Mary Robinson in 1990. Less than a month after 50 Muslim worshippers were shot in a mosque in Christchurch, Prime Minister Jacinda Arden was supported in passing a law that banned most semi-automatic weapons on her country.

It would definitely appear that the US is late to the party, women in leadership is and should be a normal part of the composition of your country.

Currently I am surrounded and supported by women in leadership, except I don’t see it like that. I am surrounded and supported by strong leaders, both men and women. In fact, when I get asked at events what it’s like to be a female in leadership I often laugh. Leadership is tough, period. One gender is not the architect of why leadership is tough, and one gender is not the owner of how tough it is.

I feel extremely fortunate to know so many women who are working to support our community, who are working together, and who support one another. Madeline Albright, in a keynote speech Celebrating Inspiration, 2006 famously said, “There is a special place in hell for women who don’t help other women.”

If I could, I would invite Ms. Albright to Fernie where we are positively full of women supporting women, or are we all simply working together to build and shape our community? I prefer the latter lens, because we are unstoppable when we create enough space at our tables for everyone to work together, and I think we do that extremely well in Fernie.