Fernie’s Built Heritage - Then and Now 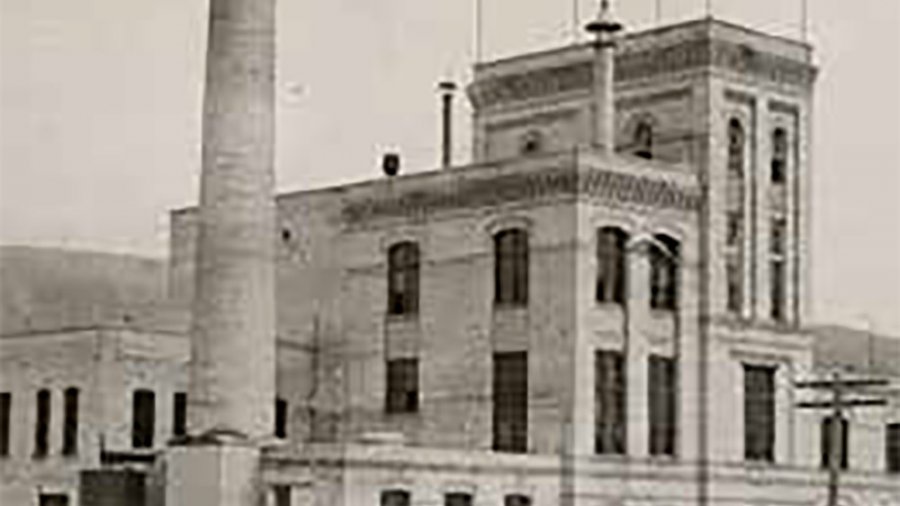 The Heritage Walking Tour of Downtown Fernie begins at The Arts Station and follows a loop past some of Fernie’s most beautiful and significant architecture to finish at 901 Fernie, a faithful recreation of the former Fernie Secondary School which stood on the same spot. Pick up a copy of the walking tour at the Fernie Museum, Visitor Information Centre, or find it online at tourismfernie.com/history/historic-downtown.

The Great Fire
The Great Fernie of 1908 was the second of two major fires in Fernie at the start of the 20th Century. The first, in 1904, started in a bakery and destroyed much of the downtown commercial district. Undaunted, the community incorporated Fernie and quickly set about rebuilding their timber-framed structures. More impressive brick and stone buildings also began appearing. Then, as the heat of August arrived just four years later, so did the flames. This time, a wildfire swept through town and in just 90 minutes, $5M worth of property was destroyed. Freight, lumber, bridges, and businesses were also lost, doubling the total losses to Fernie.

The historic buildings that we treasure today are largely thanks to the resulting ordinance from City Council, which decreed that all buildings within a ten-block section are constructed of fireproof material. Over the next four years, Fernie was rebuilt with many buildings completed by 1910. ‘Fireproof’ materials included rubblestone from the Elk River which can be seen on the Fernie Livery Building, imported red brick and slate as on the Fernie Courthouse, and Fernie’s own golden bricks from the Fernie Brick Plant in West Fernie, which survived the fire.

German brewmaster Albert Mutz G. H. Scott moved their two-year-old brewery from Fort Steele to Fernie in 1900 and built an impressive three-storey structure at a cost of $5,500. By 1906 the brewery had purchased the East Kootenay Bottling Company’s plant and added ‘aerated waters’ to their product line. Labels from the time show that they were brewing ales up to 16% ABV, the standard beer packed a powerful 8% punch.

The 1908 fire was barely a blip in operations and a new four-storey brick building was formally opened on August 6, 1909. The company thrived for four decades until it was purchased by Interior Breweries in 1950 which closed plants in Fernie and Nelson in favour of a new operation in Creston in 1956. That was the end of commercial brewing in Fernie, until the Fernie Brewing Company was founded in 2003 by the Pask family. The new Brewery that we enjoy today was opened in 2007 and is part of Fernie’s new architectural heritage.

As restoration work begins on the 1912 Leroux Mansion and 1909 Royal Hotel, Fernie can be grateful that our built heritage – from then and now – will be preserved and cherished for years to come. We can only mourn the lost gems and hope we don’t lose any more.

Rebecca Hall is the Administrator at the Fernie Museum. To learn more about Fernie’s storied history, visit ferniemuseum.com.

Posted: Oct 28, 2020 Celebrate Women Entrepreneurs in Your Community with #WEcreateBC