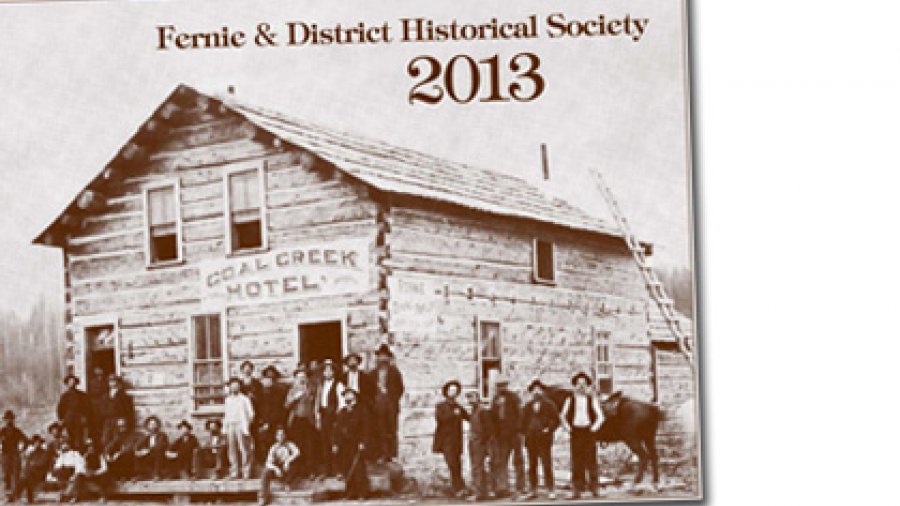 L'Association Francophone des Rocheuses du Sud
Parlez-vous français? L'Association Francophone des Rocheuses du Sud (AFRoS) does!
Parents wanting more French education and culture in our area formed this new association. AFRoS hosts l'heure du conte (storytime) twice monthly for ages 0-5. AFRoS's other main project is supporting Elk Valley and South Country families, with children born in 2006 and later, interested in starting a francophone school for September 2013. This public school would be administered by School District 93 (csf.bc.ca), BC's francophone school board, in close contact with local SD 5 and other partners with whom the K-1-2 first-year class would share space. A meeting will be held with a SD 93 representative on January 8, 7pm at Big Bang Bagels for all who are interested.

The Fernie & District Historical Society, 491 2nd Ave 250-423-7016
The Historical Society has published its 2013 calendar – The Historic Hotels of Fernie. With the beginning of mining operations at Coal Creek in 1897, accommodation for the influx of miners rapidly became a necessity and, in what soon came to be known as the Old Town, a number of boarding houses and three hotels were in operation before the arrival of the railroad. These represented the beginning of a trend that would establish a province-wide reputation for Fernie as a city known for its hotels. Both the reputation and the hotels themselves were created during the first twelve years after the establishment of settlement at the mouth of Coal Creek.

The Historical Society’s 2013 Calendar tells their stories using a mix of period text and historic and contemporary images, and is available for purchase at the Fernie Museum, Carosella, Polar Peek Books & Treasures and Ghostrider Trading. Happy New Year.

The Fernie Griz Pond Hockey Team, www.worldpondhockey.com
“The way the game was meant to be played!” Outside, on a frozen lake, with no boards— hockey at its purest. This year marks the 12th anniversary of the World Pond Hockey Championship, held yearly in Plaster Rock, New Brunswick. 130 teams are selected from around the world to play for the prestigious honour of being the world’s best on the pond. The Fernie Griz pond hockey team is extremely proud to once again represent Fernie at the 2013 World Pond Hockey Championship. Last year, the Griz finished 3rd in their pool, narrowly missed the playoffs, and received the Nicest Team Sweater award. This year’s tournament will take place from February 7-10, and will see more then 8,000 players, fans and media flock to Plaster Rock.

The Fernie Griz is grateful for support from Fernie Alpine Resort, The Fernie Chamber of Commerce, Giv’er Shirt Works, Teck Coal and Black Feather Adventures. For sponsorship information, and to help the Fernie Griz bring home the trophy, contact team captain, and the Griz himself, Steve Ruskay at ruskay@hotmail.com.

The Fernie Nordic Society, www.fernienordic.com
Another great season of Nordic skiing has begun, and the Fernie Nordic Society is excited to share that it has the fastest growing kids ski program in the Kootenays. With the growth of programs, they are also looking to expand groomed terrain. All grooming, trail development and kids programming is possible with the purchase of memberships.

Please see www.fernienordic.com for a membership form, or make sure you purchase a day pass from their kiosk at the Golf Course. It's still early season, so it’s important to obey all closure signs to allow the society to build up the base for a long winter of skiing. Keep your eyes open for upcoming races, social events and fundraisers.

The Free Press staff is as proud of the paper today as the founders must have been as the first edition rolled off the press. The newspaper went on to win two Newspaper of the Year awards in 2010 and 2012 for BC and the Yukon.

As people began settling in the area and building a community, they wanted a newspaper to share the local news and events, and The Free Press was born. From its primitive start in 1898 in a shack and a tent in the depths of Fernie winter, The Free Press has grown to the paper it is today. It might look different, but the ideology remains the same – to serve the community.

The Griz Inn, www.grizinn.com 250-423-9221
The Griz Inn is 30 years old this winter and they think it’s time for a party. They invite you to join them for a special 30th birthday celebration on Sunday, January 27 and Monday, January 28, 2013. Whether you were a past guest, owner or employee, many great memories of Fernie and skiing in the mountains have started with a trip to the Griz Inn. Festivities will include a Sunday night Dinner and Social in Corner Pocket Brasserie, as well as a Monday morning First Tracks Ski and Breakfast Social. If you are interested in attending either of these functions please contact the Griz Inn at 250-423-9221 or reservations@grizinn.com.

Island Lake, www.islandlakecatskiing.com 250-423-3700
2013 marks the 25th anniversary of catskiing at Island Lake Lodge. Starting in 1988 as a quaint lodge run by a few local families, Island Lake has grown into one of the most famous backcountry lodges and media destinations in the world. Island Lake has been featured in hundreds of magazines, movies and TV shows. Industry leaders such as Scot Schmidt, Craig Kelly, Jason Ford, Jake Blattner and Mark Gallup were past shareholders and helped put Island Lake and Fernie on the snow industry map.

In celebration, Island Lake has a number of special projects including online webisodes, special edition posters, stickers and calendars, all of which you can pick up for free in their downtown office. Mike McPhee and Mark Gallup have also recently released a history book published by Oolichan Books. It’s full of amazing photos and stories, available at Polar Peak Books in Fernie and various outlets across the country. There is also a full documentary in the works for release next summer.