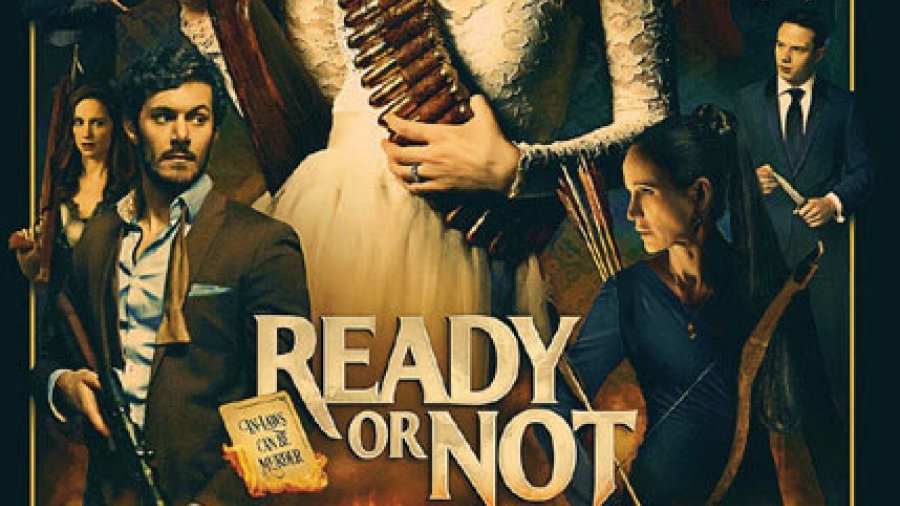 Ready or Not is a horror film full of dark humour and over-the-top gore. It is directed by Americans Matt Bettinelli-Olpin and Tyler Gillett. Bettinelli-Olpin is an actor, screenwriter and director, while Gillett is a cinematographer, director and writer. The two have worked together producing films in the horror genre since 2012 when they produced V/H/S, a moderately successful effort. Gillett had previously produced Books, a film that won him an award at the New York Television Festival in 2011. The two directors had less success with their 2014 production Devil’s Due, while Bettinelli-Olpin gained recognition for his 2016 film Southbound. In 2019 the two seem to have finally found the formula for a truly successful horror film. Ready or Not has received generally positive reviews from critics and nominations for best picture at a number of Film Festivals.

The film stars Samara Weaving as Grace, a newlywed who visits her wealthy in-laws at their luxurious estate only to find out that the family has a wedding night ritual that involves a game of hide-and-seek that could end in her death.

Samara Weaving (niece to Hugo Weaving of Lord of the Rings fame) is an Australian actress and model who began her acting career in the Australian soap opera Out of the Blue (2008) and gained prominence with her portrayal of Indi Walker in Home and Away (2009-2013), a series which has had notable former cast members such Heath Ledger, Simon Baker, Guy Pearce and Naomi Watts. Weaving has since had starring roles in the series SMILF (2017-2019), The Babysitter (2017), and Picnic at Hanging Rock (2018). She is scheduled to be in the third movie in the Bill and Ted franchise, Bill and Ted Face the Music. She has received praise for her performance in Ready or Not.

Filmed in Canada this movie features a number of Canadian actors including Mark O’Brien, John Ralston and Kristian Bruun. O’Brien, who plays the groom, has had supporting roles in the Showtime series City on a Hill, the AMC series Halt and Catch Fire, and a number of minor films such as Bad Times at the El Royale and Arrival. John Ralston plays the Butler, the most competent of the villains in this movie, and Kristian Bruun, best known as the sympathetic and incompetent husband, Donnie, in the television series Orphan Black, plays another of the groom’s relatives.

Also starring in the cast of this movie is Andy MacDowell, who plays Grace’s future mother-in-law. We haven’t seen MacDowell on the big screen for a while. She is probably best known for films that she made in1990s. She was in Four Weddings and a Funeral where she played Hugh Grant’s poorly drawn love interest, and in Hudson Hawk, she played an equally uninspired character, the girlfriend of Bruce Willis’ dashing bank robber character. Her most memorable role was as Rita, Bill Murray’s boss and love interest, in Groundhog Day. Her performance in Ready or Not is passable, although to be fair, she isn’t given much to work with.

This is a good movie, an expertly written black comedy that is well worth the price of admission. Two thumbs up.