A Home for Our History 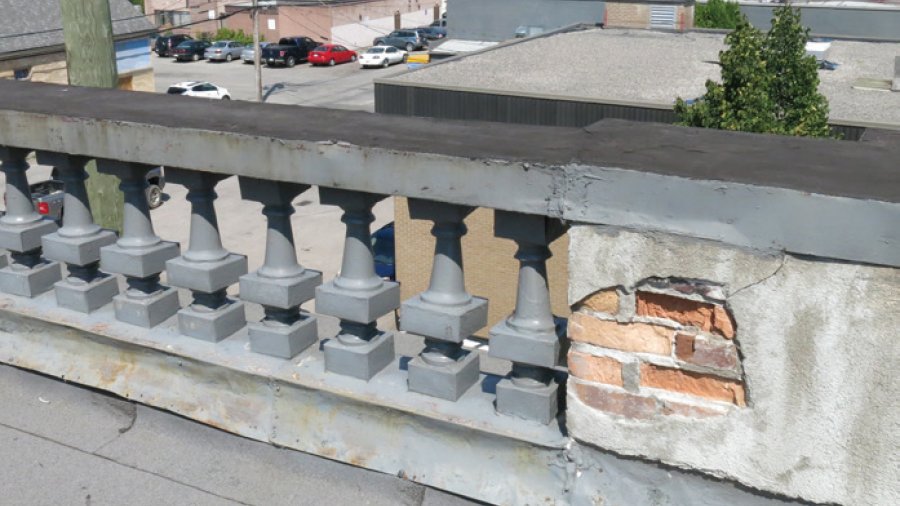 As introduced in the June edition, the Built Heritage Grants, funded by Columbia Basin Trust and administered by Heritage BC, are helping to restore some of Fernie’s most significant and historic buildings. One of these is the Fernie Museum.

Administered by the Fernie and District Historical Society, the Fernie Museum found a permanent home at 491 2nd Avenue when the City of Fernie purchased the existing building in 2008 and entered into a lease agreement with the FDHS. By this time the building was in serious need of attention. The interior was virtually unrecognizable, having been extensively modernized as office space for the East Kootenay Power Company (later BC Hydro) who had occupied the building since the 1930s. An ambitious renovation plan included the restoration of original fixtures and fittings including stripping the white paint from the woodwork, and installing period-style replica trim where the original had been lost, including pressed-tin ceilings and hand-laid mosaic tile. The Museum re-opened in 2013 with an attractive main floor permanent exhibition and a 2nd-floor gallery space.

Originally built by the Home Bank of Canada in 1910-11 as the Western headquarters of the Toronto-based bank, the building has a chequered past. Initially intended as a grand three-storey structure, the second storey had to be eliminated, brick used in place of stone and galvanized steel used for trim in an effort to cut building costs. The result was still an impressive addition to the newly revitalized downtown, with the Home Bank occupying the ground floor and Solicitors Sherwood Herchmer on the 2nd floor. It was to be a short residence, however, as the bank collapsed in 1923 under the weight of unmanageable loans. The blame was largely placed on General Manager James Mason and Sir Henry Pallett, a businessman and investor, who had defaulted on loans totalling over $7 million (over $75m today). G. T. Clarkson wrote, “It can be said that the [bank management] utterly failed to pay regard to or impose elementary safeguards in protection of the business of the bank.”

Fernie residents lost an estimated $800,000 and the collapse brought about changes to Canada’s banking laws, making the property a significant building in Canada’s, as well as Fernie’s, history. Despite his financial ineptitude, Sir Henry had one of Fernie’s streets named after him – 3rd Avenue was formerly known as Pallett Avenue.

Architect George Wallace Gouinlock of Toronto had envisioned a stately building in his favoured Beaux Arts style which was popular in North America from the 1880s to the 1930s. Gouinlock was a well-known Toronto-based architect who had designed a number of banks in Ontario and various pavilions for the Canadian Exhibition grounds. At the time of building, Fernie was anticipated to become the ‘Pittsburgh of the North’ with rail links to nearby Spokane, and Gouinlock likely saw this as an opportunity to establish himself in the West.

Overall, the building is considered to be in very good condition. As a part of Canada’s history and the home of Fernie’s heritage, it is important that it is kept this way. Thanks to funding from CBT, the Museum will undergo repairs to the roof structure which has become damaged through excessive snow load, water, debris, and poor drainage. While it may appear that a lot of work is happening this fall, the end result will likely have no visual impact – the priority is to ensure the future of the building and the collections it holds, taking care to ensure that the defining character of the building does not change.

by Elana Zysblat and Rebeca Hall