From DC to BC 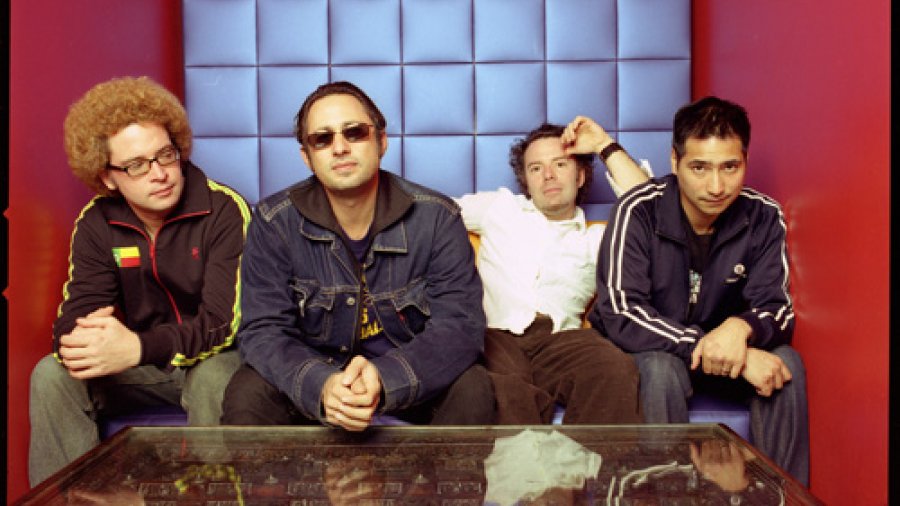 Even though Washington, DC isn’t Canada’s capitol, it’s pretty hard not to see politics as that city’s principal export. But if you dig a little deeper, DC has another important legacy: music. And we’re talking some serious street cred, here. Duke Ellington, Marvin Gaye and Roberta Flack. Henry Rollins cut his teeth there before heading to California and Black Flag. Bad Brains, Fugazi and Dischord Records. Deep Dish, Thievery Corporation and ESL Music.

Fort Knox Five is certainly well positioned to add to DC’s artistic canon. The foursome have produced tracks for Afrika Bambaataa, opened for Gwen Stefani, been asked to remix the likes of Bob Marley, and held a residency at one the Mandalay Bay clubs in Vegas. So by the time the guys started working on the Fort Knox Five debut album—Radio Free DC was released five years after the group formed—they were well connected. They could have invited any number of people to sing and collaborate; instead Fort Knox Five decided to write an album that truly reflected DC—and the band’s musical DNA.

Put into words, the artistic intention could sound a bit staid. Put into practice, however, the album (and its remixed version released last year) is a balls-out dance party. But then, anybody who’s caught the group’s Jon Horvath spinning at Soundwave, Shambhala or one of his frequent Fernie visits, is quite familiar with the involuntary booty shaking that Fort Knox Five’s funk and breaks can cause. And the thing is, the guys don’t keep it quite that insular on a regular basis—they’re quite impressed with our own Western Canadian scene.
“When I became a music director in Vegas in 2007, 2008, basically my whole contingent was Canadian,” Horvath says. “I got the Small Town boys to do every Friday night, and so they went out to Vegas every single Friday night for almost a year and rocked the Mandalay Bay. I had Vinyl Ritchie from Whistler and Vancouver, and Mat the Alien, who is one of the best DJs ever.”

By now Horvath is probably an honourary Canadian—not only has he married into the family, he also plays the Western provinces an awful lot. And while we can probably thank the Small Town DJs for introducing Fort Knox Five to our corner of the world, it does kind of make you wonder how strange it must be to go from playing glitzy hotels to and big productions to something a little more humble.

“The thing about playing Mandalay Bay and Vegas, is it’s definitely harder to do because you’re not always getting the freedom to play what you want to play. You would have to tailor your style, and you’d still have the ‘hey can you play Britney Spears?’ Luckily it was before Lady Gaga was around, so we didn’t get too much of that,” Horvath laughs. “You still had to deal with the requests, and people who thought that they knew what you should be playing—not realizing that you were trying to go for something else. When you play in a place like Golden or Fernie or Hi Fi, you might get a couple of requests, but often times the requests might be for something like Jurrasic 5 or the Roots or something, so you’re like, that’s cool, I’ll play that.”

One of the other requests Fort Knox Five is taking seriously is that the group’s fans are ready for the unleashing of a Fort Knox Five live band. The guys mix live instruments into their own compositions and each comes from band background, so it isn’t that much of a stretch. Rob Myers is the sitar player in the Thievery Corporation’s live band, and is a member of Thunderball with the other two FKF members: Steve Raskin and Sid Barcelona. (Thunderball is in the studio while Horvath plays gig between the Whistler and Saskatoon.) They’re just not entirely sure what a big band production will look like yet; the few live band shows have included an MC, but there is obviously the possibility of adding other players, so it’s all still in the experimental stage. In the meantime, being able to hit the road together or individually makes the guys a bit more versatile.

And really, whether it’s one or two or three or four, Fort Knox Five funks the floor.