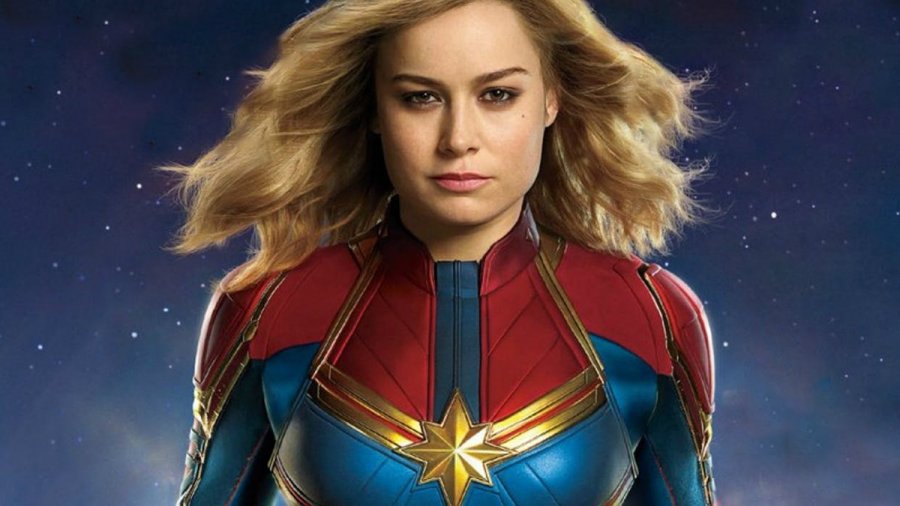 Brie Larson is an American actress and filmmaker, who has had a long career in comedies and dramas. In 1995, at the age of six, she became the youngest student admitted to a training program at the American Conservatory Theatre. Not long afterwards she began her acting career in Los Angeles where she appeared as a regular in the 2001 sitcom Raising Dad and films such as Scott Pilgrim vs the World (2010) and 21 Jump Street (2012). She won an Academy Award for Best Actress for her role as the kidnapped victim in Room (2015). The 2017 adventure film Kong: Skull Island marked her first big-budget release.

Given that she is such a talented up-and-coming actress, it makes sense that she should have been embraced by the people behind the Marvel Cinematic Universe and given the lead role in the massive superhero blockbuster film, Captain Marvel.

The movie focuses on the adventures of Veers, an alien super soldier and amnesiac who, after being captured by her enemies, escaping, and crash landing on earth, begins a quest to figure out who she is while fighting for truth and justice at the same time. Along the way, she meets Nick Fury (Samuel L. Jackson), a quirky government agent. Jackson is marvellous as always, playing Nick Fury as an intelligent resourceful guy who is also confused by Veers abilities. Jude Law, who plays the film’s villain, is also excellent in his role. Also featured in the cast are Ben Mendelson, who plays the leader of a band of green-skinned aliens called the Skrulls, and Clark Gregg who plays Agent Coulson, Fury’s partner.

I wish that I could say that this is one of the better movies that I have seen, given that it is the first female-led movie in the Marvel cinematic universe, but I can’t. Captain Marvel is a rather bland movie-going experience. Brie Larson is an excellent actress. One only has only to view her work in films like Room and Short Term 12 to appreciate her acting ability; however, this movie gives her next to nothing to work with.

Veers is presented as a remarkably one-dimensional character, not unlike most other Marvel heroes, but given that this is a film which in large part tells the story of her trying to dispel her amnesia, the movie could have been made a great deal more interesting if she had been presented as a more complex person. Considering that this film has been promoted as a groundbreaking feminist film, it’s also disappointing that she is given about as much dialogue as Clint Eastwood in A Fistful of Dollars.

Another problem with Captain Marvel is that Marvel Studios has seen fit to create a movie that is inaccessible to anyone who has not seen the previous Marvel films. It’s a struggle for the viewer to understand what is going on without knowledge of the many films that have come before, and it is meant to act as connecting tissue between Avenger’s Infinity War and Avenger’s End Game. This abandonment of the casual viewer is sad, but it has apparently not affected the box office. To date, Captain Marvel has made about $1 billion worldwide.

One thumb up. It’s worth seeing but don’t expect anything innovative or spectacular.